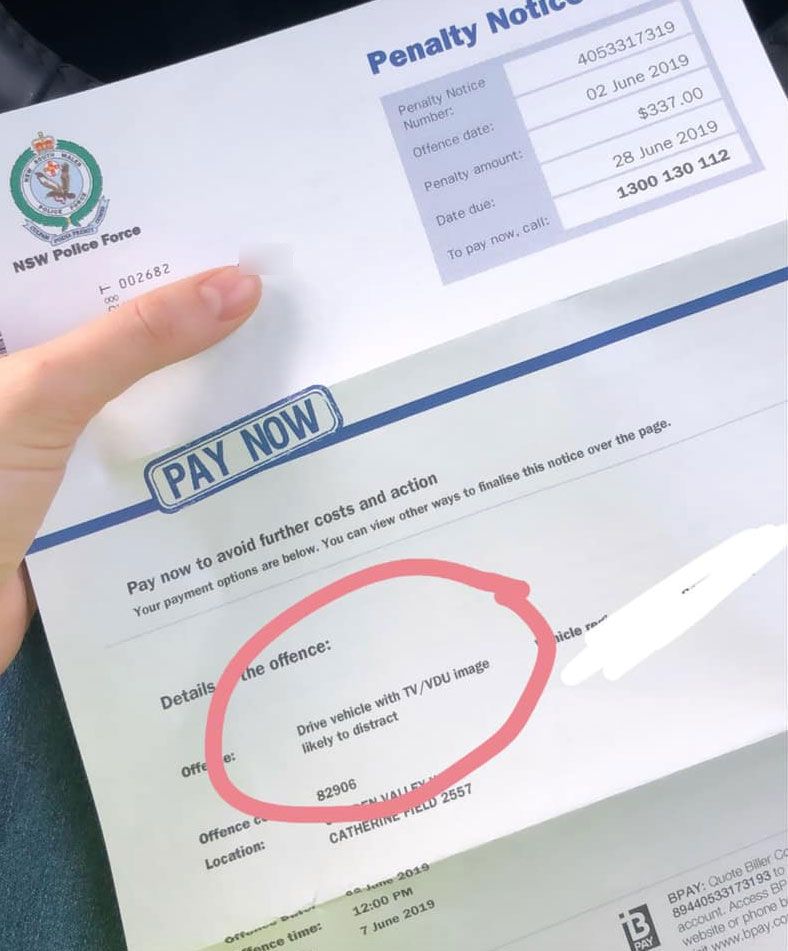 “Tell your passengers to stay off their phones while you are driving, I got fined because my passenger was on FaceTime.”

(1) A driver must not drive a vehicle that has a television receiver or visual display unit in or on the vehicle operating while the vehicle is moving, or is stationary but not parked if any part of the image on the screen:

(a) is visible to the driver from the normal driving position, or

(b) is likely to distract another driver.

This rule can cover a whole range of devices such as mobile phones, iPads or tablets, laptops, portable DVD players and more.

As drivers, it is our responsibility to ensure that any devices with screens are not being used by your passengers if they are going to be visible to you from the driver’s seat or are likely to distract another driver.

If you have received a fine and aren’t sure whether or not you should have to pay it, feel free to give our office a call on